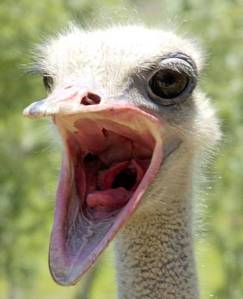 I recently discovered from my kids that people at school single them out as the “religious ones”.  I must have been sticking my head in the sand all these years because I had no idea that they were being treated differently at school.  They expressed feeling a lot of pressure from students and teachers to be better than other people.  They said that they are frequently told, “Aren’t YOU a PASTOR’S kid?!”, when they do or say anything that might be considered out of the norm for a Christian.   I’m disturbed that they are being singled out because of our choice to pursue ministry.  How do I protect them from this scrutiny?

I’m not sure there is a way for you to protect them from what people say or how your kids are labeled when you are not around.  We can’t control other people’s actions; we can only teach our kids how to stand up under the scrutiny.

Some ideas that might help to protect their hearts:

Make your home a “safe zone”.  As much as possible, don’t allow your kids to tear each other down at home.  They get enough of that at school without having to deal with it at home as well.  Promote encouragement.  It takes a lot of positive statements to manage the discouraging ones.

Help them make their faith their own.  If your kids are going to be singled out as the “religious ones”, it might as well be because of their own Christianity and not because of their parent’s occupation.  Ask your children what kinds of things they are singled out for and talk through how they might handle that situation in the future.  Challenge what they believe so that they can form their own opinions about faith.  Ask them to tell you what their friends believe and let them tell you what they think about that opinion.  Don’t tell them what to think, but guide them toward the truth as you discuss.  Then, when they are confronted at school, they will know how to express their own convictions about faith.

Keep the dialog open.  Now that you are aware of what is happening at school, keep the conversation open.  Do periodic maintenance checks to allow your kids to blow off any steam that may have built up over time.

Pray!   Unfortunately, when we commit to ministry, our innocent children have to live with the consequences of our choices. Cover them in prayer.  They have a target on their back.  But here’s the good news, the God who created them in the womb knew that they would be born into ministry and He loves them more than we ever could.  We have to trust that He will protect them when we can’t.

I wish there was a way to insulate our kids from the consequences of having parents in ministry.  They could have been born to any number of dysfunctional people, but the Lord picked you as their parents!  Stand tall in your choices, Ostrich.   Dysfunctional as the ministry lifestyle might be, I prefer to believe that the consequences of obedience to the Lord is better than anything the world may offer to our children.

Posted in Kids in Ministry